10 Simple Tricks for Getting That Pay Raise You Deserve 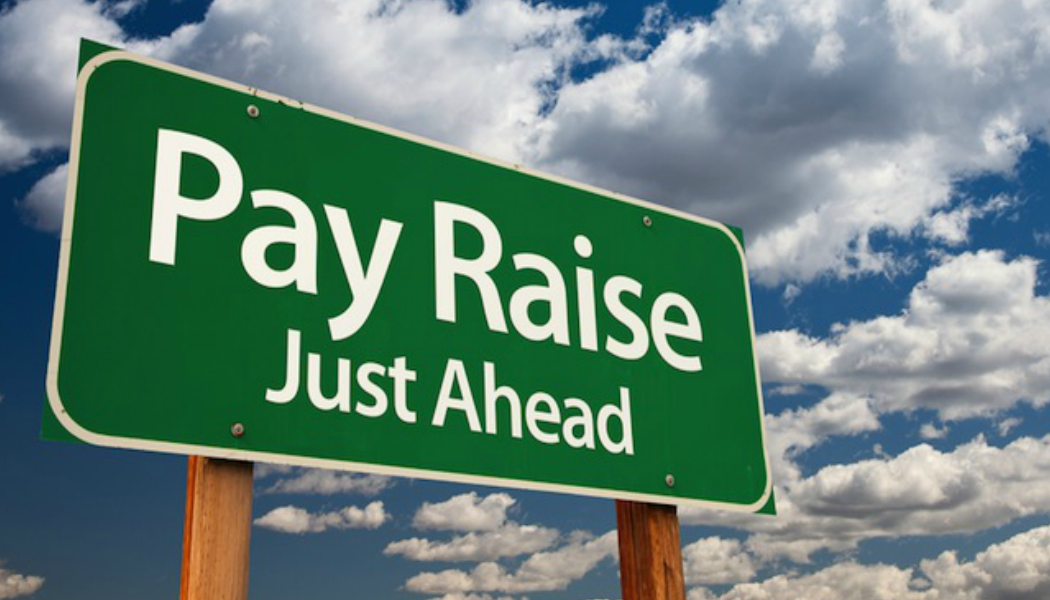 Do you think that you’re creating much more value than you’re being paid?

Do you want to ask for a pay rise but not sure how you should go about doing it?

Now, asking for more money is never an easy thing to do, but if you think that you’re being grossly underpaid, then you should definitely consider asking for a pay increment.

Many people think that working harder automatically equates to a higher salary, but sadly, that isn’t always the case.

In this article, I’ll be sharing with you 10 simple tricks you can use to get the pay raise you deserve.

1. Do You Really Deserve a Pay Raise?

Everybody wants to do less and get paid more – that’s just human nature.

However, some people might mistakenly delude themselves that they deserve to be paid much more, when they actually don’t.

The simplest way to find out if you’re being underpaid is to compare your salary with the amount of value you’re creating for your company.

Now, value doesn’t equate to how hard you work or how many hours you put in.

When estimating your value, always look at results.

If you’re creating millions of dollars in value and you’re being paid peanuts, it’s time to ask for a pay raise.

Nobody in the right mind will pay more to somebody who delivers the same results.

When your boss increases your pay, he expects you to contribute even more to the company.

Read widely, develop management and leadership skills, attend seminars, and get yourself noticed.

Being somebody who never stops learning leaves a lasting impression on people around you, allows you to do your job better, and prepares you for higher level appointments.

Because that’s what you’re doing – selling your skills to your company.

You need to be extremely clear about the value you’re creating for your company and the benefits you bring to it.

What are the achievements that you’ve accomplished the past few months?

More importantly, you got to put yourself in your boss’ shoes – why is it beneficial for him to pay you more?

You also need to be aware of your shortcomings and the possible objections that your boss might raise, and think of ways to counter them.

What are the one or two activities you do that creates the greatest value for your company?

For example, if you’re a salesperson, closing your prospect is certainly the most high-value task.

The more people you close, the more value you’re creating for your company, period.

Hence, you’ll want to do more of your high-value task, and reduce the time you spend on low-value tasks such as checking emails.

5. Ask for a Personal Assistant

Now, before you start clicking the back button, hear me out.

You might be thinking, “I’m just an ordinary employee, why would my boss hire a personal assistant for me?”

However, it makes good business sense (both for you and your boss) to hire a PA to lessen your workload, and here’s why.

Let’s say you’re an excellent salesperson, but you only spend 25% of your time closing prospects because you have other stuff – emails, booking appointments, administrative work – to do.

If your boss hires a PA for you, she could handle all the low-value tasks that you’re presently doing, thereby freeing time for you to do more high-value tasks.

Let’s say you can now spend 75% of your time meeting and closing clients, generating thousands (or millions) more for your company, do you think your boss would be willing to triple your salary?

6. Play with your Language

Don’t ask for a raise.

Asking for a raise implies that your boss would have to increase his expenses, thereby lowering his profits.

Instead, ask for a salary adjustment or a review of your salary.

By stating your request as a salary adjustment, you’re indirectly telling your boss that you’re not being fairly compensated for the amount of value you’re creating for him.

Hence, this would make him more open to the idea of increasing your salary.

7. State Your Case, then Stop Talking

Don’t be uncomfortable with silence – sometimes you just need to give the other party some time to think.

If you’ve built up a strong case, and you’ve shown your boss that you’re creating much greater value than he is paying you, then you’ve done your part.

One of the best ways to devalue yourself is to ramble on and on and on about why you deserve to be paid more.

8. Be Professional About It

The worst that can happen is your boss to say no.

Never threaten your employer, never become aggressive or violent, and don’t talk about the house mortgage that you need to pay.

Don’t cry, don’t beg, and don’t bring your family into the picture.

Not only is it ineffective, you risk creating a horrible impression about yourself, hence, greatly hindering your future career progression.

A subtler way to go about asking for a raise (or if you’re rejected) is to ask your boss what you could do to create more value for the company, or what you must do to get that pay raise/promotion.

Firstly, it tells your boss that you’re looking for a pay raise.

Bosses are busy people, and sometimes they’re just unaware about your predicament.

Secondly, you’re signalling to your boss that you’re looking out for the company’s best interests.

It leaves a better impression on your boss and makes you appear more professional.

You can do everything right and still not get paid fairly.

If you feel that your boss doesn’t pay you what you’re truly worth, then finding employment elsewhere might be an option.

Find another company that pays you what you’re worth.

This can sometimes have an unexpected side-effect as well.

If you’ve shopped in night markets before, you know that by walking away (or appearing to walk away), the seller might just lower the price for you.

Sometimes, your boss might offer you a higher salary just to retain you in the company.

However, never say you’re leaving unless you really mean it (or if you’re truly planning to look for employment elsewhere), because if your boss doesn’t try and retain you, you could just find yourself in a sticky situation.

What are some of the strategies you’ve used (or seen someone use) to get a pay raise?