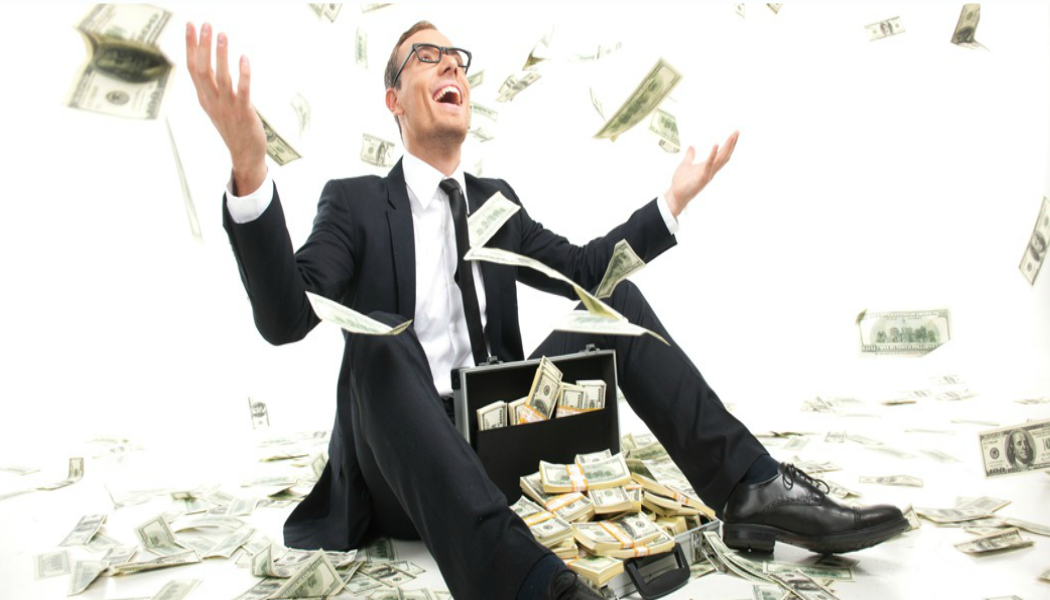 Have you always wanted to become rich… like really rich?

Most self-made millionaires come from low or average-income families.

And yet, they often manage to overcome all the difficulties they face and become really successful.

It is said that the $1 million is the hardest, so aiming for your first million is an excellent starting point, regardless of your financial goals.

So what’s the difference between a self-made millionaire and someone who works his entire life and still finds that he is dead broke at the end of it?

Clearly, it’s not just the amount of effort that’s required to achieve wealth, isn’t it?

While reading articles and books written by self-made millionaires, I’ve realized that most of them practice pretty much the same habits.

Clearly, one of the most prominent characteristics of self-made millionaires is their ability to be extremely frugal.

Warren Buffett, the world’s most successful investor, is still living in the same five-bedroom house that he purchased back in 1957.

Of course, we’ve all seen extremely wealthy people flaunt their wealth by spending it on massive amounts of unnecessary expenses (and many of them have lost their wealth due to that).

As someone starting out from scratch, it’s definitely advisable to be as frugal as possible, and put your money somewhere else where it’ll make you even more money.

However, self-made millionaires aren’t afraid to spend on things that will be beneficial to them.

They might be reluctant to buy an expensive suit, or dine at an expensive restaurant, but you’ll find them easily deciding to sign up for that $5,000 educational program, or buying hundreds of dollars’ worth of books to read.

2. They look up to, and constantly network with other successful individuals

They call them the filthy rich.

They think that rich people have bad morals or are somehow undeserving of their wealth.

Self-made millionaires make it a point to constantly network with other successful people in their industry.

It is said that your level of success is influenced by the people you spend the most time together.

Self-made millionaires know that in order to become successful, they need to spend time with other like-minded driven individuals.

3. They set a clear goal and take massive action to reach it

In any industry, nothing happens until someone takes an action.

You can spend an entire year planning, and another year waiting for that perfect time or perfect opportunity to come…

But nothing gets done and nothing happens until you take action.

Most people don’t take action because they fear failure, but self-made millionaires know that failure is the only path to success.

It’s highly unlikely, and almost impossible, to find a self-made millionaire achieve success the first time, and every time.

They know that anything can happen, and reality will never go according to plan.

Hence, they don’t spend too much time over-planning and getting caught up in the analysis paralysis.

Take action and make adjustments along the way.

4. They invest their money on things that will grow their wealth

Most average folks pay interest (on a loan they’ve taken in the past), but self-made millionaires don’t; they collect it.

There are certain things that self-made millionaires spend on to grow their wealth.

One of the major differences between them and the rest of the world is that they are generous in spending to upgrade themselves.

Benjamin Franklin once said, “An investment in knowledge pays the best interest”.

They also invest their money in assets such as stocks, bonds, and real estate.

You might find some of them living in lavish houses but driving the cheapest car, because they know that the value of their property will rise but their car would be worthless at the end of its useful life.

5. They always deliver more than expected

These are the high-flyers who get promoted to a management position in an extremely short amount of time, simply because they deliver the results.

This also applies to entrepreneurs.

For example, if their clients are paying them $50,000 for a contract, they make sure that they help them increase their profit by more than 10 times that amount.

These people will always be in demand, and very soon, their level of income will rise to match the value they are creating.

Why Do You Want to Become Rich?

Most of the self-made millionaires started out with almost nothing, and this would be one of the greatest motivators for you.

If they (who are born in more unfavourable conditions) are able to do it, then I’m sure most people are also able to achieve their desired level of success.

However, that isn’t enough.

Most of the wealthy people have a motivator that is larger than themselves.

Bill Gates and Warren Buffett, two of the wealthiest people on the planet are known for donating most of their wealth to charity.

Some people do it purely for their passion for a particular industry, and others may do it for their families.

What’s your reason for wanting to become rich?

Let us know by commenting below.