When I think about how to live life to the fullest, I look no further than to Nick Vujicic.

Nick was born with no arms and no legs. He was left with 2 options – to get depressed or to overcome his challenges and difficulties.

Here are 5 valuable lessons he taught me about life.

Lesson 1 – Never Give Up

In life, we always have a dream or a goal that we would like to achieve.

However, most of us give up on that dream halfway because it is either too difficult or we do not believe we can achieve it. Sometimes we give up at the point where success is almost within striking distance. 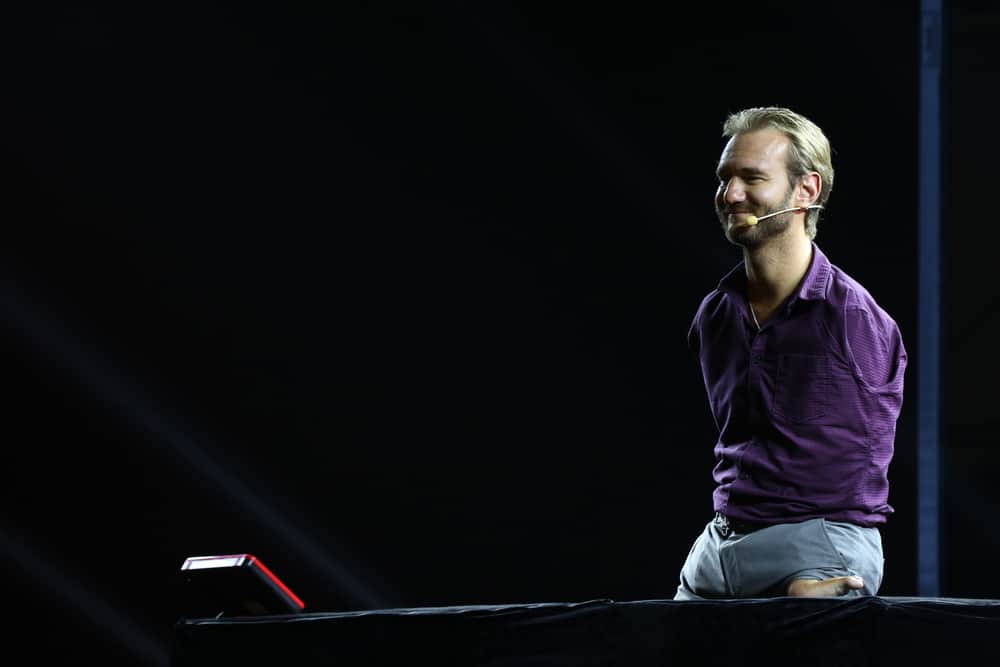 Before a school agreed to let Nick speak, he approached over 50 schools before he was given this one chance. Since then he has inspired millions of people worldwide.

Will Nick be able to inspire millions of lives, if he had given up after being rejected a few times?

Lesson 2 – We Are Good Enough

Most times, we allow circumstances around us to determine who we are. When we set out to achieve something, there’s a little voice telling us “You are not good enough” or “you are too young or too old to do this.”

Hardships that Nick had to overcome far surpass ours – imagine the struggles he had to go through to try to live a normal life, yet he refused to let physical limitations defeat him. 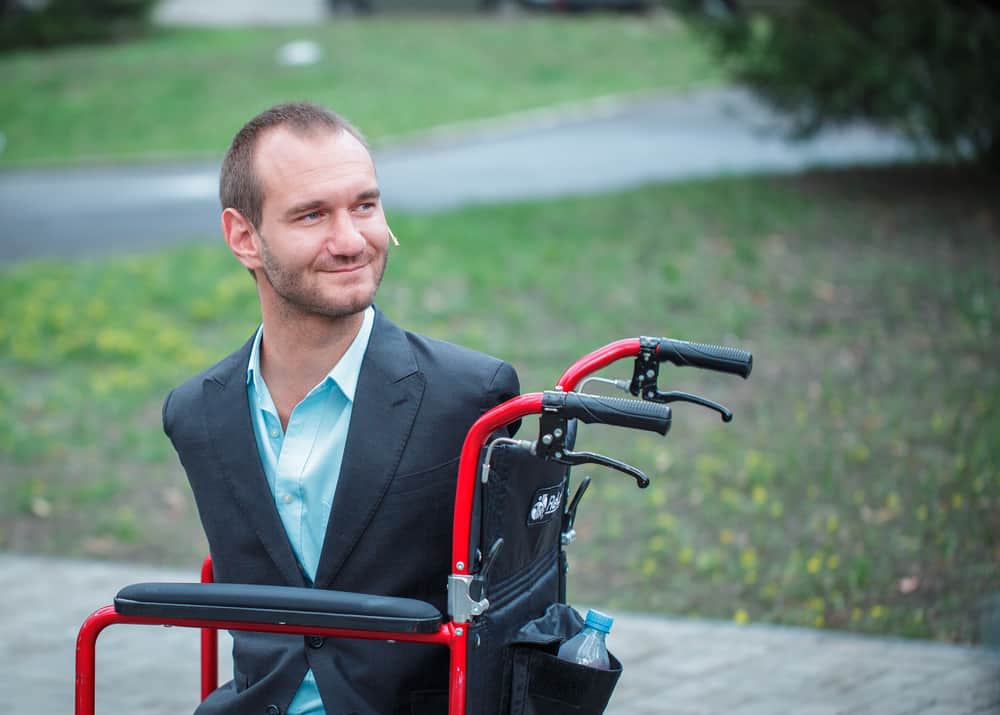 So whatever it is you are facing, do not dwell on adversities around you.

Lesson 3 – Have The Courage To Fail

Nick believes in this: 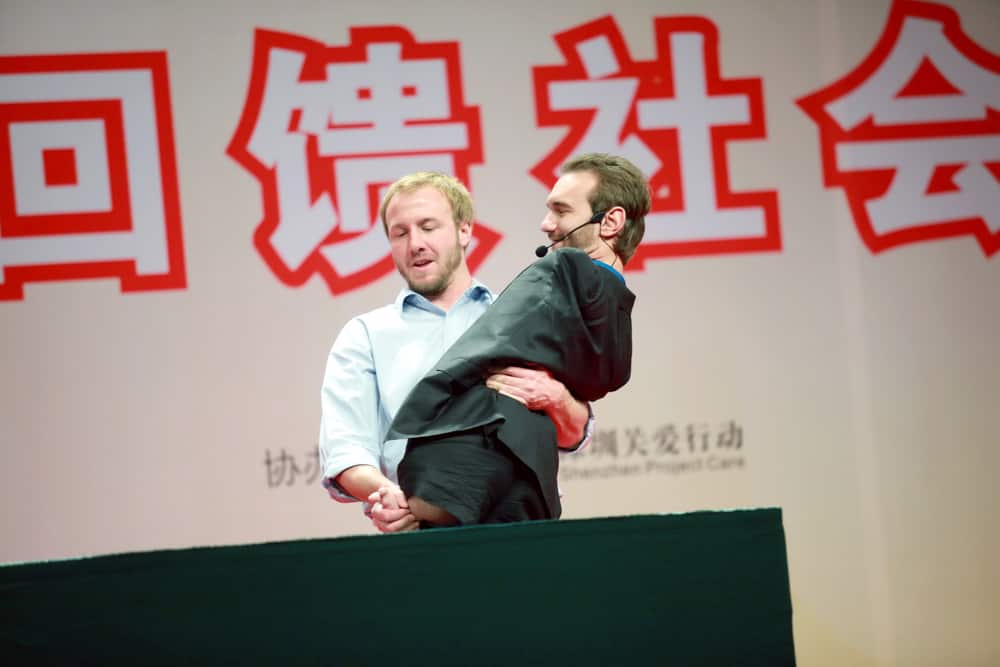 Be it in business, investment or relationship, failure is a great way to learn.

To be successful, we must take the risk, make the leap, and acknowledge that the possibility of failure can fuel your success.

If you’re experiencing a setback, use this opportunity to evaluate what went wrong and what you could do differently next time.

Lesson 4 – Learn To Appreciate The Little Things You Have

There are times we take things for granted. We forget what we have and focus on what we do not.

Nick didn’t complain about his physical shortcomings, but made the most of it in his life.

Learn to be grateful. If you start to appreciate the little you have, then you are opening the way for more blessings.

For every disability you think you may have, you also have the ability to rise above it.

Lesson 5 – It’s What You Choose That Determines Your Destiny

Nick knew he was different from other children growing up.

He attempted suicide at the age of 10. What eventually stopped him was a mental picture of his parent and brother crying at his grave.

Instead, he chose to accept and overcome his disability by searching for his purpose in life.

When he found his purpose, he never looked back since.

Are you facing some difficulties in life? Keep in mind the motivating life lessons of Nick Vujicic to brave the challenges ahead!

No Result
View All Result