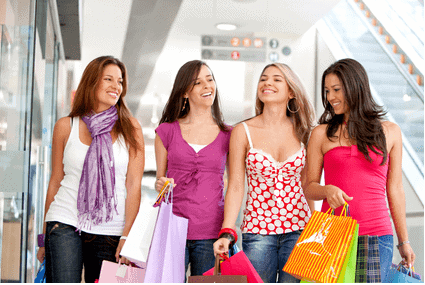 Singapore is a world leader in economics and has produced the highest percentage of millionaires’ per capita (1 in 6 households). With statistics like that, exercising fiscal caution may seem counterintuitive.

Wealth brings with it a potential for taking unnecessary financial risks. This potential is already brewing in Singapore. It boasts:

All of these factors point to temptations and the development of bad habits like frivolous spending. However; with the right guidance and a few helpful tips, these pitfalls can be avoided.

This article will give you 5 ways to control the dangers of emotional spending.

What is “Emotional Spending?” 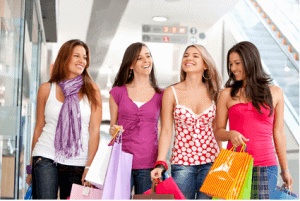 Think of emotional spending as spending without a purpose.

Different emotions can trigger the impulse to spend money, including:

If you think you are in the clear because you are happy and well-adjusted-think again.

Happiness or a renewed sense of financial security can trigger frivolous spending too. In fact, it’s a common fiscal misstep after you get a promotion or a raise.

Too often, people think that a boost in income means that they can throw out their old budget and ignore stringent financial plans.

In either case-whether spending is driven by the ying or the yang of your emotions-this compulsion is what advertisers are counting on.

In a place where each generation must earn and save enough for its entire life cycle; giving into this urge sets a dangerous precedent.

That’s why you need tools to counteract your natural responses.

You also need to understand that even in a modern industrialized economy in the middle of a trade boom; advertisers are after your money. After all, your money is part of what keeps the market free and business-friendly.

They will use any strategy available, including impulse purchasing.

Hence, the following 5 tips will help you tremendously in curbing emotional spending.

If something in a store or on a website catches your eye, but it’s not on your list, that’s an impulse purchase. Don’t buy it right away.

Wait at least 24 hours to decide if the purchase is worth it. If so, budget for it or save up to buy it for a special occasion.

It also helps to carry only the amount of cash you want to spend. And do not allow cheating by hitting up the ATM or using your credit cards to pay for your purchases.

Tip 2: Limit Your Exposure to Advertising.

If you know advertisers want you to spend money, make it harder for them to manipulate you into doing so. Fast-forward commercials, cancel mail-order subscriptions, and use an ad-blocker online.

Tip 3: Cut Down on the Use of Credit Cards

But there is one commonly overlooked harmful side effect of credit cards: We generally spend more (sometimes exceeding what we can afford) when we use it.

That’s because credit cards delay the sense of having spent money until the monthly statement arrives. And it’s even worse with cards that reward spending (via points, cash back, miles or other perks).

So the important thing to remember is: Don’t be wooed by a credit card’s points and perks. Rewards credit cards sometimes carry higher interest rates than regular cards and have strict limits & rules in place which ultimately reduces your benefits.

If possible, do not buy on interest-free installment plans. And always ensure you pay off your balance in full every month.

Else, you should cut down on credit card spending to make sure you don’t over-spend.

Ask the people around you to help prioritize your spending or leave yourself daily budgetary reminders.

Also, it would be advisable to go shopping with friends or family members whom you know will help remind you not to over-spend.

It’s also useful to actually jot down your daily expenses so all your shopping costs are tracked and accounted for.

Studies have shown that when you actually track your expenses, you become more aware of your spending and you tend to spend less.

When you feel the urge to by something, put that energy toward something else. Call your friends, exercise, do something constructive until the urge passes.

If you really want to kick your emotional spending habit, you’ve got to change the way you’re doing things and the best way would be to avoid shopping altogether.

There’s nothing wrong with reaping rewards that you’ve earned, but these tips will help you avoid overindulgence by learning to spend responsibly.