How Not to Get Ripped Off the Next Time You’re Overseas: Seven Safeguards Every Traveller Needs to Know 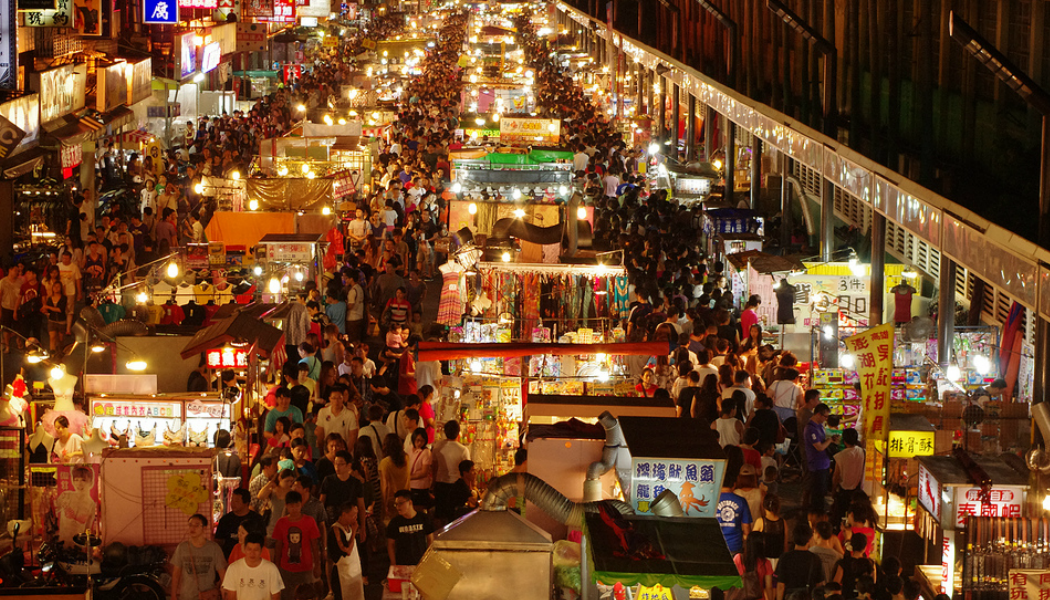 It’s no surprise that tourists are the perfect target for unscrupulous sellers – people who are out to squeeze every single dollar out of you, if you let them.

Tourists usually have lots of money to spend, and they are willing to splurge. And often, they don’t know how things work in a foreign land.

So what then can you do to protect yourself and safeguard your wealth the next time you travel out of the country?

1. Always Do Your Research Beforehand

Look up the internet and find out more about the place you’re visiting in advance. If there’s an ongoing scam, you can definitely find people talking about it in forums.

The most common scams will definitely be written about in popular travel blogs, so be sure to read whatever you can while you’re still safe at home.

Or you could check out this infographic that lists the 40 common tourist scams around the world. 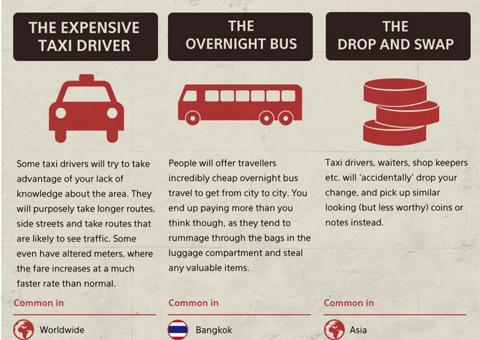 2. Always Clarify the Full Price Before Agreeing to Anything

Many scams involve baiting an unsuspecting tourist with a very low front-end price.

Then, when that innocent fellow is about to make payment, he is suddenly faced with a thousand and one mandatory add-ons that could skyrocket the price as much as ten times.

Hence, you should always ask for the full cost of something or the exact components you’re getting.

Remember the Sim Lim Square Saga, where a Vietnamese tourist paid $950 for an iPhone 6, but was asked to pay another $1,500 for a warranty before the shop would hand over the phone.

If such an incident can happen in Singapore, you can be sure that it’s happening in other parts of the world as well.

3. Try Not to Stand Out Too Much

It’s sometimes almost impossible for a tourist to totally blend in with the locals, especially if they are of a different race, or speak a different language.

However, standing out too much would attract the wrong crowd.

When you keep a low profile and try to blend in with the locals, sellers might think that you’re familiar with the place and not try and pull their stunts.

Do you know what’s the most eye-catching thing for unscrupulous sellers? Two bus-loads of tourists with a tour guide holding a flag that says “I’m here to spend money”.

Negotiation is a lost art in Singapore, where most of the prices are fixed. But it’s wrong to assume the same for other countries.

In fact, in most countries, negotiations (or bargaining) are a part of daily life.

Here are some tips you can use:

5. Change Money Before You Leave

Avoid money changers in the airports and hotels like they’re your mother-in-laws from hell.

In the study of economics, you’ll learn about the price elasticity of demand.

People are most in need of money changers at the airports and hotels. Hence, you can be sure you wouldn’t get the best rates.

The best solution would be to estimate how much money you’d need, and change it while you’re still at your home country. Unlike when you’re on holiday, you have time to “shop around” for the best rates available.

6. When Estimating Price, Always Convert to Your Own Currency

There was a time before smartphones when people will carry small pocket calculators wherever they travel. But now, virtually every smartphone will have a calculator function.

And it takes less than 5 seconds to convert a foreign currency into your own.

So often I hear about people who bought something that they thought was “cheap”.

But when they convert it to their own currency, they realize that they can actually get it for much less in their own country.

With online shopping, you can get just about anything on the internet for extremely low prices. Save your money on experiences instead of material goods (that you probably don’t need) when you’re travelling.

The locals are your best guide in a foreign land. They know exactly where all the “trouble spots” are, and how to avoid them.

I would advise you to speak to the locals whenever you’re in doubt.

This may seem so simple, but it’s actually one of the best ways to get yourself out of any sticky situations.

Which advice did you find most useful? Share with us in the comments section below!