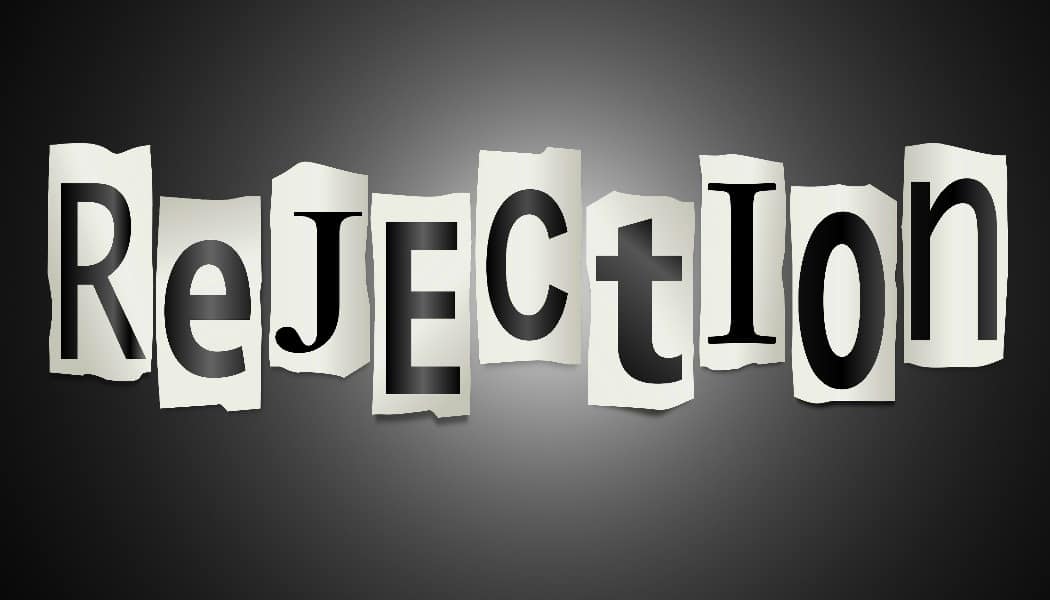 As human beings, we’re wired with survival instincts. Part of surviving means belonging to a group. Scientists believe that this is from the time when our ancestors were hunters.

Life conditions were harsh then and people needed to depend on one another. Tribe life became so important that if one was banished from the tribe, it was a punishment worse than death. Banishment is actually a form of rejection.

Rejection often implies that you’re not needed or not good enough, and it affects self-esteem. Rejection can cause deep emotional pain, especially in bigger issues such as divorce or being retrenched.

But rejection on a smaller, everyday level such as being criticized by your boss or bullied by a jealous coworker, can also cause emotional scarring if you don’t handle it well.

Marisa Peer, one of the world’s leading experts on hypnotherapy and voted Britain’s best therapist by Tatler Magazine, offers five steps you can use to deal with daily rejection.

1) Say ‘Thank You For Sharing That’

When someone criticizes you, there is a tendency to either:

a) be on a defensive by arguing back; or

b) just keep quiet and hold back anger but at the same time, letting the words poison your mind.

Marisa advises that you should thank the person for letting you know. By doing this, you’re giving out the message you’re not going to let the rejection in.

You’re not letting the words affect you which means you’re in control of how you feel.

If the person continues to criticize you or if the criticism feels too personal or deep, ask him to repeat what he said.

A decent person would back down at this point. It’s easy to make an offhand comment without thinking but if you ask him to repeat, he’ll start to realize maybe he’s being too harsh.

He’s more likely to apologize or ask you to forget what he said.

3) Say ‘Are You Trying To Make Me Feel Bad About Myself?’

However, if the person does repeat what he said, put him in a position where he has to explain himself. By asking him if he wants you to feel bad, you’ll know exactly what his intent is.

If he tells you he’s not doing it to make you feel bad but just want to share what he feels, then in his own way he’s trying to be helpful. If so, just take his words constructively.

But if he’s really being nasty to you, then let him know you’re not affected. Be calm, because nothing frustrates a mean person more than when the person he tries to bully isn’t responding to his baits.

And then you can end the conversation like a boss with the above phrase. There’s no possible comeback he can give to refute the statement. If he starts on a new criticism, repeat the whole process from Step One.