Well, sometimes at Wealthmastery.sg, we talk about saving money so often that you might be forgiven for mistaking us as a scrim and save sort of budget site.

We are here because believe in creating more wealth, health and happiness for all our readers. And even though we know that money doesn’t buy you happiness, we know it that having loads of it sure makes life a lot easier!

That is why we never advocate saving money for the sake of saving. Every penny saved should be carefully stewarded and faithfully multiplied.

Instead, our job is to assist our readers in investing wisely and trading strategically.

Of course, for those of you who have already reached that stage where the art of money multiplying as become your second nature, you can be forgiven if you want to indulge in other forms of “alternative investments”.

Given the value driven mindset that I’ve adopted ever since I became a fan of Buffett, I try to make sure that even my personal purchases are steeped in value.

Considering that the Rolex Explorer that used to sell at $180 is currently retailing at over $5,000, I think buying a Rolex watch might be one of my first “alternate investments” that I may be tempted to make! 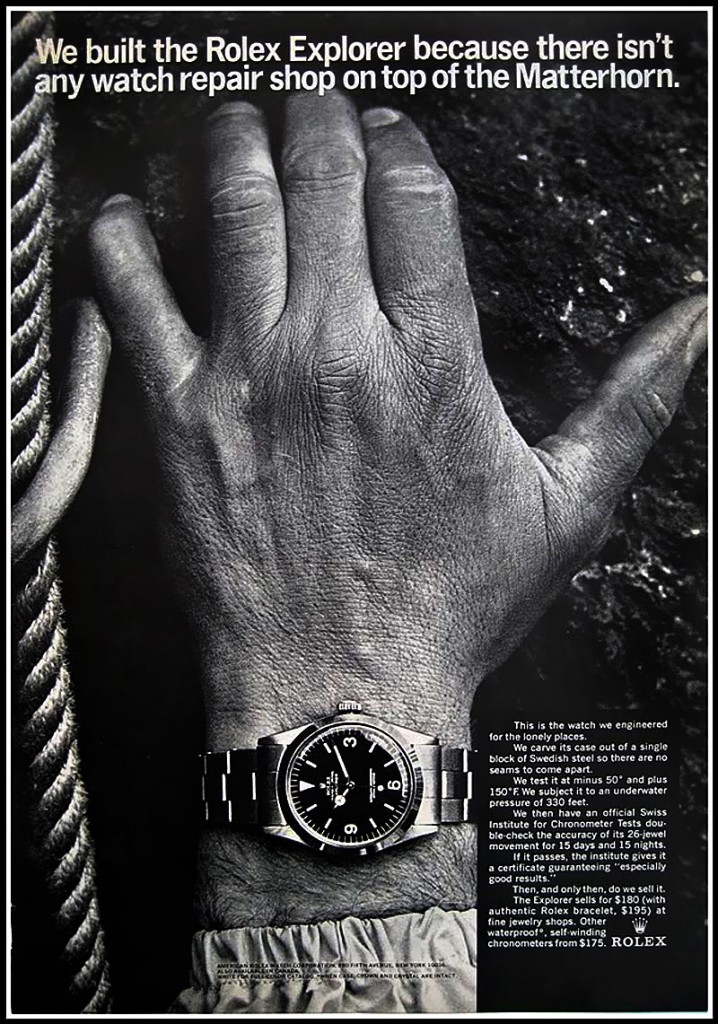 For those of you who are deciding between which models to pull the trigger on, below are five of their most popular designs.

If you’re ever going to own one Rolex for the rest of your life, this would be it. The classic submariner has adorned the wrists of deep sea divers, sporting icons and even James Bond himself. This sport watch is probably the most versatile watch in the entire Rolex line of watches. You can wear it to a yacht race and head off to a black tie event without looking out of place. It is simply the perfect watch for all scenarios.

The Rolex Explorer comes in two versions. The first version was the direct descendant of the Rolex watch that made history when Sir Edmund Hillary conquered Mount Everest.

The other Rolex, also known as Rolex Explorer II, was worn by Peter Hillary, the son of Edmund Hillary when he returned to scale Mount Everest on the 50th anniversary of his father’s mountaineering achievement.

For the adventurer at heart, there is never going to be another Rolex that is suitable other than the Rolex Explorer I and II.

If you’re the type of person who likes a loud watch, the Rolex Cosmograph Daytona would be it. It upstages nearly almost any watch that is place beside it. The Daytona was brought into the spotlight by iconic actor Paul Newman who reportedly wore his Daytona every day until his death in 2008.

The watch is a favorite for all who loves the racing sport.

On the opposite end of the Daytona spectrum, we have the prestigious Rolex Day-Date watch. This is another one of those watches with a timeless (pun intended) appeal. On its website, Rolex boast of it being the watch that has been “worn by more presidents, leaders and luminaries than any other watch”.

It is also the first calendar wristwatch to show the day written in full, in addition to the date. If it’s good enough for the President of United States, it’s certainly good enough for us.

Originally designed for pilots who frequently need to cross multiple time zones, the Rolex GMT was designed with an extra arrow tipped 24 hour hand to help them to keep track of time back at home.

Ideal for the jet setting businessmen and frequent flyers, the Rolex GMT Master is a beautiful watch that is rapidly gaining a following on its own.

What are your reasons for buying a Rolex?

Love To Write? Then we want YOU!